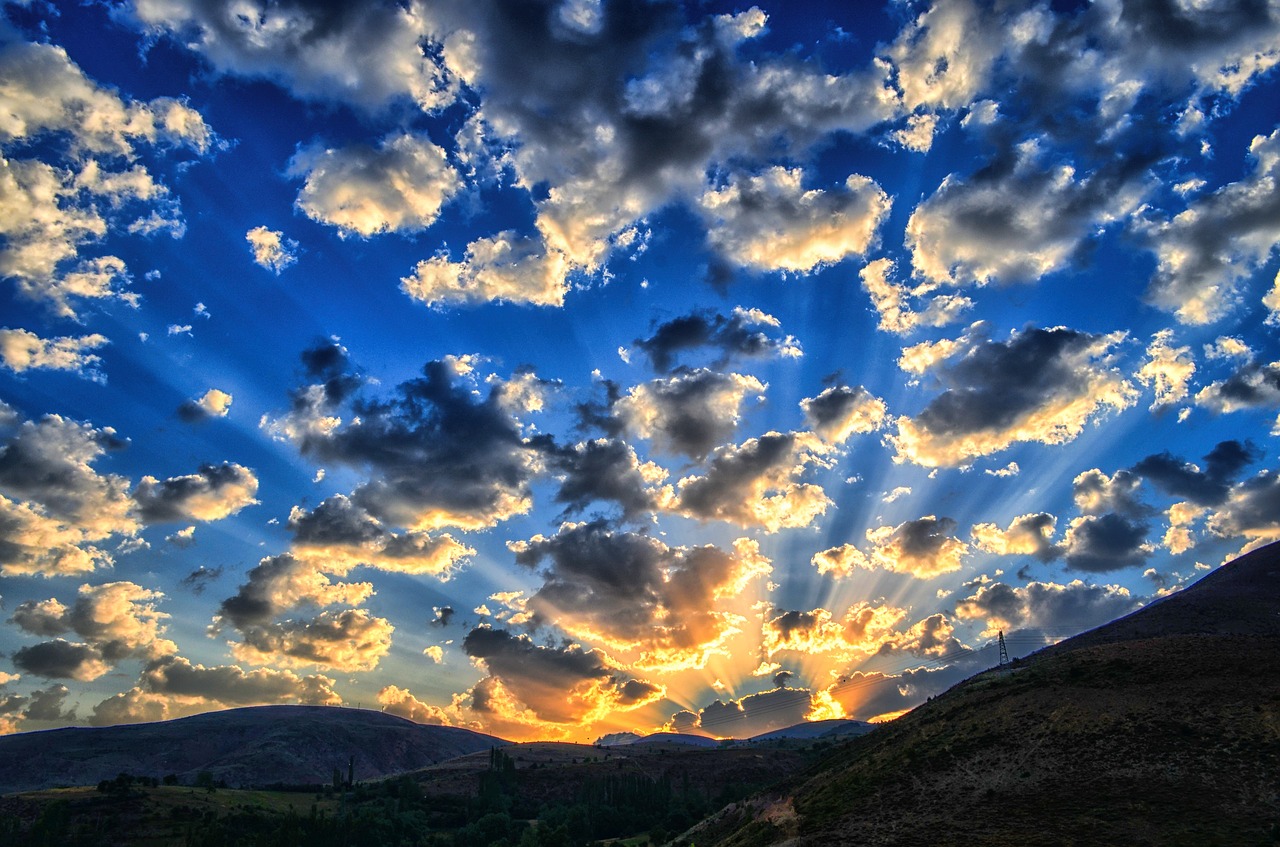 The New Media Consortium (NMC) was a non-profit organization focus on exploring the use of new technologies and media in learning. It was founded in 1993 and unfortunately announced bankruptcy in December 2017. Since 2004, NMC’s flagship publication, the annual ‘Horizon Report’ summarized the trends, challenges, and technology developments likely to have an impact on teaching, learning, and creative inquiry in the following one to five years. Since the NMC ceased operations, the last issue of this annual Horizon Report stopped in 2017 – though it may continue under stewardship from Educause. The AACE LearnTechLib has curated all previous editions of the Horzion report to assure long-lasting access to the resources that have been published under a creative commons license. There has been much discussion about the value of the Horizon reports and the ongoing access to the NMC publications. Retrospecting previous issues, we can see predictions that came true, and trends that faded away. To understand how technologies and learning with technology change over time, our social media intern Xinyun Peng took a look at the very first report in 2004 and checked if the document still has practical impact in the present age.

Back to the time when this issue of Horizon Report was published, the idea of using learning objects had started to be carried out. It now has become so ubiquitous that learners, even teachers and instructional designers, may not be aware of using learning objects during the learning processes. Yet, there exist some unsolved problems about learning objects. For example, People tend to share files rather then Learning Objects, particularly in the OER community, and people like to share but do not like to use what others shared.

SVG is an open standard for the description of 2D graphic using the eXtensible markup language (XML). It is also an image format that supports interactivity and animation. SVG holds the graphical information necessary to render an image in a text that contains a sequence of commands that is used to draw the image. The most significant advantage of SVG over bitmap images (e.g., .jpeg, .gif, .png) is that SVG images never lose the resolution. SVG images are composed of fixed sets of shapes, whereas bitmap images are composed of fixed sets of pixels, and therefore we will not see the pixels when scaling an image. In addition, since SVG is in nature a text file and the size of a SVG image file is usually much smaller than the same image of the bitmap format, they are easily edited and stored. So, you will find most of the web images are in SVG format.

Besides the vastly use of SVG images in websites in general, the most common application of SVG in the educational fields is in geographic information systems (GIS) to produce maps that are scalable and interactive. For example, maps on the internet before were generated in the format of GIF or JPEG on the server and then delivered to users through Java applet. Java applets perform well concerning interactivity, yet suffer from browser compatibility and firewall issues. Plus, in order to achieve the functions such as zooming, panning and layer control, the commands need a round trip to the server and re-render the images. SVG solves all these problems (Qian, Kong, Li, and Pan, 2007). In addition to GIS, in computer sciences, graphic design, and all types of  engineerings, SVG is also an inevitable topic for it is extensively used in the practice of these areas. SVG is important in today’s internet-dependent world, yet it can be field-specific when it comes to studying it.

The term rapid prototyping refers to technologies that construct physical objects from 3D digital content, e.g., computer aided design (CAD) and computed aided tomography (CAT). It can quickly fabricate a scale model usually via 3D printing or additive layer manufacturing technology. The development of rapid prototyping is based on the advantage of 3D physical models over 2D pictures. Models and prototypes make excellent visual aids for communication and testing ideas. Horizon Report predicted that rapid prototyping would likely find the way into broad use in learning and teaching within the following 2-3 years, which is about ten years to today. Since then rapid prototyping has been extended from just industrial engineering into software engineering to try out new business models and into instructional design as a design strategy. And, due to the drop of the cost of 3D printers (a few hundreds to a few thousands US dollars now), many university campuses, public libraries and independent organizations are able to provide free 3D printing services for students (you can find more current information from Maker Empire, Cabrillo College, and Lewisville Public Library).

Another technology that Horizon Report predicted would become pervasively important in learning and teaching is multimodal interfaces, which is referred to as the way through which interaction with the virtual and physical environment in a natural modes of communication can occur (Bourguet, 2003). This implies that multimodal interaction enables a more free and natural communication, interfacing users with automated systems in both input and output. This technology had been in wide use in simulation and gaming even when this report was written.

Right now, multimodal interfaces are prevalently applied in mobile devices, thinking about your smartphone: the AI assistants or the speech-to-text transcription apps all utilize the multimodal interaction technology. also, gesture recognition enables humans to communicate with machines naturally without any mechanical devices. For example, you can control the cursor on the computer screen by just pointing a finger at it, instead of pressing keys on the keyboard. Multimodal  interfaces are used not only in transmitting multidimensional information but also help people with difficulties in one modality to interact through another modality. For example, in a visual interface and keypad, a word may be quite difficult to type but very easy to say. This technology is more frequently found being used in informal learning environments, such as museums rather than schools.

The next logic step following multimodal interfaces is context-aware computing, which is the technology used on devices that can interpret such contextual information and use it to aid decision-making and influence interactions. The key questions that context-aware computing can solve are: where are you, who are you with, and what resources are nearby. Since it’s closely related to multimodal interfaces, this technology is as well pervasively used in mobile devices nowadays. For instance, an iPad switching the orientation of the screen, maps orienting themselves with the user’s current orientation and adapting the zoom level to the current speed, and switching on the backlight of the phone when used in the dark (Soegaard & Dam, 2012). Context-aware computing is a very good potential tool to support personalized learning, when more and more people realized the importance of learner-centered learning. However, it is also able to facilitate collaborative learning. An important finding in the literature from 2012 to 2014 is that many museums adopted ubiquitous location-based systems using mobile devices, which help to strengthen social ties when students work collaboratively (Wang, Liu & Hwang, 2017). The current hot topic, augmented reality (AR), is a perfect example of context-aware computing. It is a live view of physical real-world environment that overlayed with computer-generated perceptual information across multiple sensory modalities, including visual, auditory, haptic, and even olfactory. HP Autonomy’s AURASMA is one of the most successful AR platform now. It uses the mobile device’s camera to detect real world images and then adds media on top of them in the form of animations, videos, 3D models and web pages.

One of the two technology trends that Horizon Report predicted would spread into the educational fields in the following 4-5 years is knowledge webs. Knowledge webs are regarded as a strategy to gather, validate, organize, represent, navigate, and share knowledge. The world is interlinked, so the people and the knowledge in the world are also interlinked, and became a web, like a database  and a gigantic community of data users who are also data providers.

Resource description framework (RDF) and RDF site summary (RSS) were hot when the Horizon Report was written. Yet, many more social interactive methods, such as Twitter, Facebook, Instagram, and Snapchat emerged in the recent 10 years as information sharing platforms, which unconsciously change the way we communicate and interact. Social media, such as ResearchGate and Academia. also influence how people share ideas and knowledges in academia. This is probably the most rapidly developed and influential trend among the six.

Now students interact with teachers through LMS, shared notes with friend who miss the class through Dropbox, and may take a course from another university through MOOCs to enhance their learning from the class. Teachers can also design class activities around these technologies. However, what the report did not predict is the problematic aspects of knowledge webs, such as the authentication problem, and the balance between security and usability.

The development of technologies, especially computers and the internet, is not matched up with the development of educational tools using these technologies. Moreover, even though the trends mentioned above were all used extensively in teaching and learning, would they be able to convert into good learning outcomes? This, after all, is the question we should ponder. 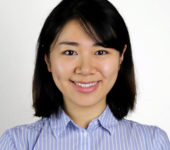 Xinyun is currently a PhD candidate in the Department of Education Policy Studies at Pennsylvania State University. Her research interests include technology-enhanced informal learning and the role of motivation and interest in the scope of connected learning.